Showing posts from August, 2010
Show all

Visitors look at dolphins in a pool at the Taiji Whale Museum in Taiji Town, Wakayama Prefecture, Japan. Photographer: Yuzuru Yoshikawa/Bloomberg A flower is put on a barricade in front of a road leading into the cove for practices "oikomi.", a method of hunting in which dolphins are herded into a bay for slaughter, in Taiji Town, Wakayama Prefecture. Photographer: Yuzuru Yoshikawa/Bloomberg Kazutaka Sangen, mayor of Taiji, speaks during an interview in Taiji Town, Wakayama Prefecture, Japan. Photographer: Masatsugu Horie/Bloomberg A diver swims with dolphins in this undated film still from "The Cove." Source: Sundance Film Festival via Bloomberg Fishermen in Taiji, whose annual dolphin slaughter was depicted in the Oscar-winning documentary “The Cove,” say they will resume the hunt next week because the 400-year-old tradition is the foundation of their industry. “We have no intention to stop hunting dolphins,” Miyato Sugimori, administrative chief of the Taiji
1 comment
Read more

"The only limits are, as always, those of vision."

In this photo taken on Aug. 14, 2010, men on a rowboat chase a nine-meter (30-foot) mechanized whale during the annual whaling festival in Taiji, Wakayama Prefecture in western Japan in a re-creation of the old whale hunts, when hundreds of men in dozens of boats would set out with knives and harpoons. The ancient village has a long and complex relationship with the dolphin. In early September, the waters of this same cove will turn blood red, as it becomes a holding pen for the annual dolphin hunts. Posted via email from Bushido Bryan's Posterous
Post a Comment
Read more

By Unknown - August 24, 2010
Japanese mayor defends dolphin hunts By JAY ALABASTER, Associated Press Writer Jay Alabaster, Associated Press Writer 2 hrs 59 mins ago TAIJI, Japan – As children in inner tubes bob on the calm waters of this small ocean cove, a 550-pound (250-kilogram) dolphin zips through the crowd in pursuit of raw squid tossed out by a trainer. Niru, a Risso's dolphin caught locally, seems unbothered by all the people and the squeals of surprise and delight. The cove is packed — it's a bright summer Sunday and hundreds of families have come. But in two weeks, the waters of the cove will turn blood red, as it becomes a holding pen for annual hunts that capture and kill hundreds of dolphins each year. The ancient village of Taiji, portrayed in the Oscar-winning documentary "The Cove," has a long and complex relationship with the dolphin. The film portrays the dolphin hunts as a sinister secret, cruel and dangerous because the the animals have high mercury levels. But the hun
1 comment
Read more

"The mind is the limit. As long as the mind can envision the fact that you can do something, you can do it – as long as you really believe a 100 percent."

By Unknown - August 16, 2010
Oldest giant salamander dies KUSHIRO, Hokkaido (Kyodo) A 126-cm giant salamander on display for 45 years at Obihiro Zoo in Hokkaido and deemed a national natural treasure died last weekend, the zoo said. End of the line: A 126-cm giant salamander appears at Hokkaido's Obihiro Zoo in July. The amphibian, believed over 55 years old, died Sunday. OBIHIRO ZOO/KYODO PHOTO The 19-kg amphibian was the longest-kept and oldest giant salamander in Japan. Records at the Japanese Association of Zoos and Aquariums put its age at over 55. "It had just appeared on the cover of the summer edition of our newsletter. I'm disappointed," zoo director Ken Fujikawa said. "It wasn't that spectacular in appearance but amazed us for living so long."
4 comments
Read more

By Unknown - August 16, 2010
Written by Sheeva H. & Edited by Tony Pham We have all seen the cat figures sitting in the windows or on shelves of different stores and restaurants, but many of us may not have questioned its origin or complete significance. The maneki neko (招き猫), or the beckoning cat, is the name given to all those little cat figurines, which have one paw raised while the other holds an item, most commonly a coin. This article will be focusing on the maneki neko and the stylistic features of it, such as the posture, color or the item it carries. It is very hard to set an exact standard on what each symbol, posture or color may represent when it comes to the figure. Different people, families and manufacturers may all have different interpretations on the different styles of the figures. For this reason, while mentioning some of the more commonly observed traits and representations, it should be known that a great deal of controversy may be found from other sources. In general, most of these
1 comment
Read more

Giant brown trout caught in Hokkaido lake Yuichi Yamao holds the giant brown trout he caught in Lake Shikotsu, Hokkaido, on July 21. (Photo courtesy of Ito Hot Spring, Lake Shikotsu) CHITOSE, Hokkaido -- A giant brown trout, possibly the largest ever landed in the country, has been caught in Lake Shikotsu, Japan Game Fish Association officials said. The 97.5-centimeter, 14.05-kilogram trout was caught on July 21 by Yuichi Yamao, 38, a company manager who lives in Hong Kong. With a fishing career of some 30 years, the angler hooked the fish at around 4 a.m. after a 15-minute fight. It is highly likely that the brown trout will be registered as the largest ever landed in Japan, breaking the current record of a 13.55-kilogram trout caught in the lake in June last year, according to the association. Originating from Europe, brown trout mainly inhabit lakes worldwide. "It may be possible to even beat the world record (18.79 kilograms) here in Japan," said Yamao, who often
5 comments
Read more 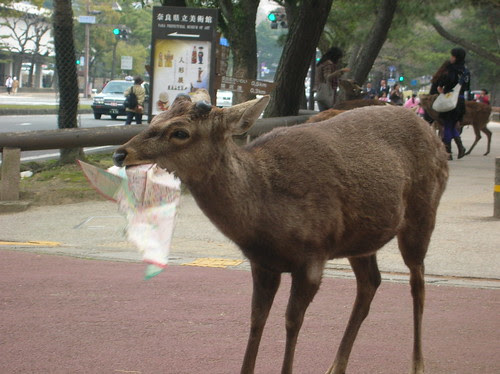 Monkeys in the Onsen 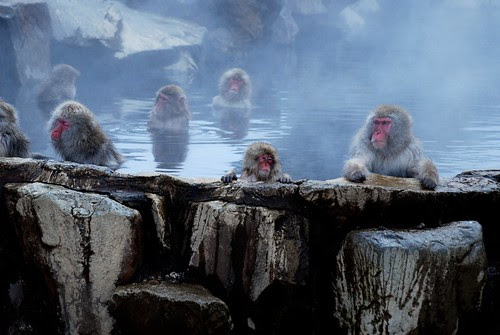 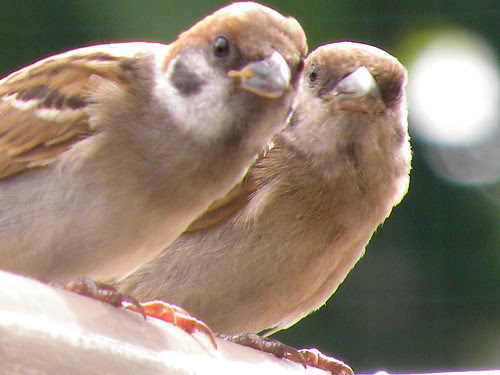 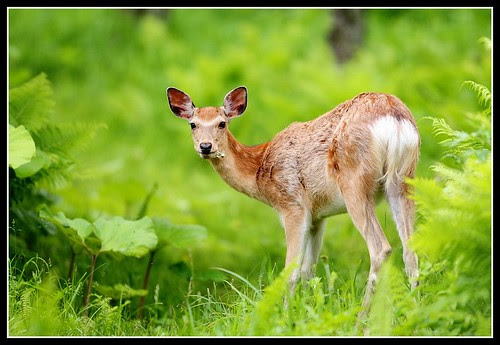 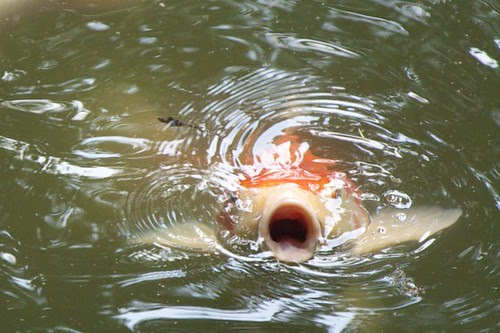 By Unknown - August 04, 2010
Japanese bullfights draw fans as corrida struggles Mon, Aug 2 2010 By Antoni Slodkowski TOKYO (Reuters Life!) - As two bulls crush their sweat-drenched bodies against each other with blood-shot eyes and foam dripping from their mouths, the referee shouts "draw" and the moment of truth comes for the Japanese "bull separators". While the bloody Spanish corrida comes under scrutiny from animal rights activists and politicians, bullfighting in northern Japan is gaining popularity as fans cheer on both the bulls and the brave men who break up the match before the bulls get hurt. Each match in "tsuno-tsuki", or bullfight, starts with 20 "seko" bull separators leading the animals on as they face off in a ring. But after just several minutes of muscle-straining and horn-goring, the referee ends the fight before any blood is shed. The "seko" then showcase their skills as they catch the feisty beasts weighing over a tonne by their rear leg
Post a Comment
Read more

By Unknown - August 03, 2010
Monkeys Go Bananas Over Flying Squirrels Adam Hadhazy LiveScience Staff Writer http://www.livescience.com ">LiveScience.com Adam Hadhazy livescience Staff Writer http://www.livescience.com ">livescience.com Fri Jul 30, 1:55 pm ET   Researchers have observed small monkeys called Japanese macaques going bananas at the sight of a flying squirrel. This http://www.livescience.com/common/media/video/player.php?videoRef=LS_100730_j... ">riled-up response is probably just a false alarm, with the monkeys mistaking the squirrel for a predatory bird. On the other hand, male macaques - some of whom give chase and even attack a harmless rodent - might be trying to impress females in their troop. Although this tough-guy motive was not proved in a new study, "it is possible that adult or sub-adult male monkeys may be 'showing off' their fitness" as potential mates, said Kenji Onishi, an assistant professor of behavioral sciences at Osaka University
Post a Comment
Read more

Japan's unwanted dogs face almost certain death Mon, Mar 29 2010 By Kim Kyung Hoon and Olivier Fabre TOKUSHIMA, Japan (Reuters Life!) - It's a dog's life for a stray mutt in any country, but in Japan a canine that ends up in the municipal pound is far more likely to be put down than to find a new home. While in some other industrialized countries the idea of "saving" a pet from a shelter is well-established, in Japan animal welfare activists say strays often fall foul of an attitude that prizes puppies and pedigrees as status symbols. "In Britain, the public go to animal welfare shelters to adopt an animal and save a life. The mindset in Japan is still 'if you want a pet, go to a pet shop'," said Briar Simpson, a New Zealander who works for Japan's animal shelter ARK, via e-mail. In Britain, approximately 6 to 9 percent of dogs in pounds are put to death every year, 2007-2009 figures show, according to the website of Dogs Trust, the n
Post a Comment
Read more
More posts