Showing posts from 2012
Show all

By Unknown - October 17, 2012
An elephant trampled its keeper to death at a zoo in Shizuoka Prefecture on Tuesday as he tried to stop the gigantic animal from attacking its new-born calf, police and reports said. Inthavong Khamphone, who was from Laos, had watched the elephants overnight with other keepers at Fuji Safari Park after the mother gave birth on Sunday, police said. “Khamphone entered the cage with another keeper because the mother started attacking the baby,” a local police officer said. “The mother then started attacking Khamphone.” The 30-year-old was an elephant specialist who had been working with the creatures for around 15 years. He had come to Japan from Laos with the mother elephant in July last year, said Jiji Press and the Sankei daily citing the zoo. Reports said the keeper had died after the two-ton elephant stood on his chest at the park, which is near Mount Fuji.
Post a Comment
Read more

ASAHIKAWA, Hokkaido (Kyodo) Raccoons caused ¥164 million in damage to agricultural produce in 16 prefectures in fiscal 2006, the Agriculture, Forestry and Fisheries Ministry said Monday. http://www.japantimes.co.jp/print/nn20080219a5.html A raccoon is trapped in Asahikawa, Hokkaido, in September. ASAHIKAWA CITY PHOTO/KYODO Hyogo Prefecture reported the most damage, saying ¥43.42 million worth of grapes and other produce was ruined. Hokkaido followed with damage reaching ¥27.82 million, centering on corn and melons. Saitama suffered damage of ¥19.6 million, Osaka ¥18.7 million, Wakayama ¥16.6 million and Kanagawa ¥10.6 million, the ministry said. Raccoons were blamed for damage when evidence such as tracks suggested their involvement, the ministry said. In fiscal 2004, raccoon damage was observed in only Hokkaido and five other regions. Japan imported North American raccoons as pets in the 1970s when they became popular on an animated TV show. Many ended up being discarded o
1 comment
Read more 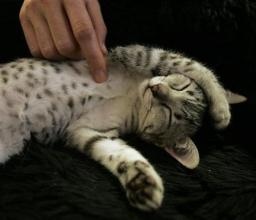 TOKYO (Reuters) - Times are looking tough for Tokyo's cat cafes, where feline aficionados can drop in for tea and some time with a cat. At most such establishments, it's the post-work rush that brings in the most cash, with tired and harried professionals dropping by on their way homes to pet and play with the animals as a way of relieving stress. But now the purrs of delight may be getting quieter. A revision to Japan's Animal Protection Law, due to come into force on June 1, will slap a curfew on the public display of cats and dogs, forcing cat cafes to shut up shop at 8 p.m. "There's this new revision which says we should be open from eight in the morning until eight at night. After 8 p.m. we have to put the cats in the back, away from the customers, and close," said Hiromi Kawase, the owner of one Tokyo cat cafe. "Everybody knows cats are really happy in the evening, with their big, cute eyes. So I just can't understand why the people at
2 comments
Read more

By Unknown - February 26, 2012
Five youths have apologized to the director of Kyoto Zoo after admitting to breaking into the premises early one morning in January and throwing fireworks at the zoo’s monkeys. As part of their punishment, the five were ordered to apologize to the monkeys and clean their enclosure, according to a Fuji TV report. Police say the group, all 18 years of age, consisted of high school students, construction workers and beauticians. According to police, the group had been drinking alcohol before they illegally entered the zoo on Jan 3 and threw lit fireworks into the monkey enclosure, Fuji reported. CCTV camera footage showed them entering the zoo by scaling a wall at around 6:20 a.m. They then proceeded to terrorize the 26 monkeys for around 15 minutes. Zoo keepers reported that one animal sustained a burn to its face. After police made the video footage public, the youths turned themselves in, Fuji reported. Police said they will likely press charges for breach of property damage an
Post a Comment
Read more 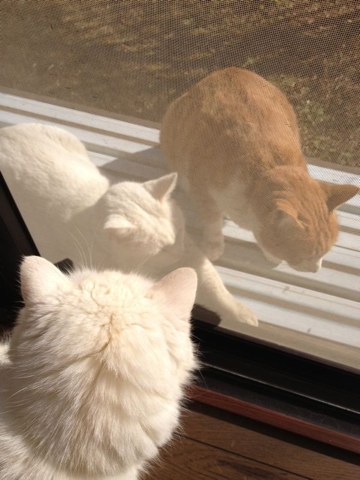